A collection of acrylic paintings on transparent acrylic sheet (Perspex).

I once read somewhere that ziggurats in ancient Mesopotamia were intended to represent 'the Mountain of God'. A series of terraces and stairways, led up to the shrine, or 'Seat of God'. Only a few people made it onto the top layer of course, and into the shrine. So I suppose most people were presented with a choice: to believe what they were told about the shrine, or not.

In the 1960s before televisions became more reliable, there were regular faults with signals and the receiving equipment. There was a fair bit of fiddling with aerials, tweaking of knobs, and thumping of sets. A common problem was a split screen, which placed the top of the picture at the bottom and vice versa. A seated figure became decapitated.

All my paintings are of something. This collection is of drawings created with simple computer graphics software, as I imagine they might look on a display screen. By playfully varying the use of perspective and recession, they tease people into seeing an image, while refusing to follow the illusion through. 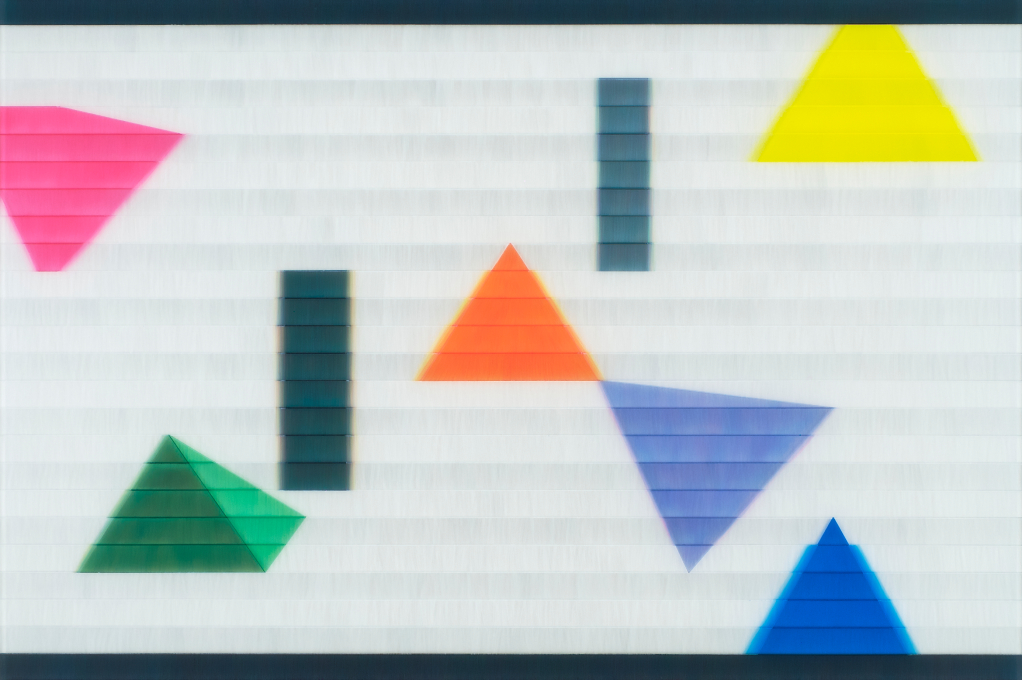 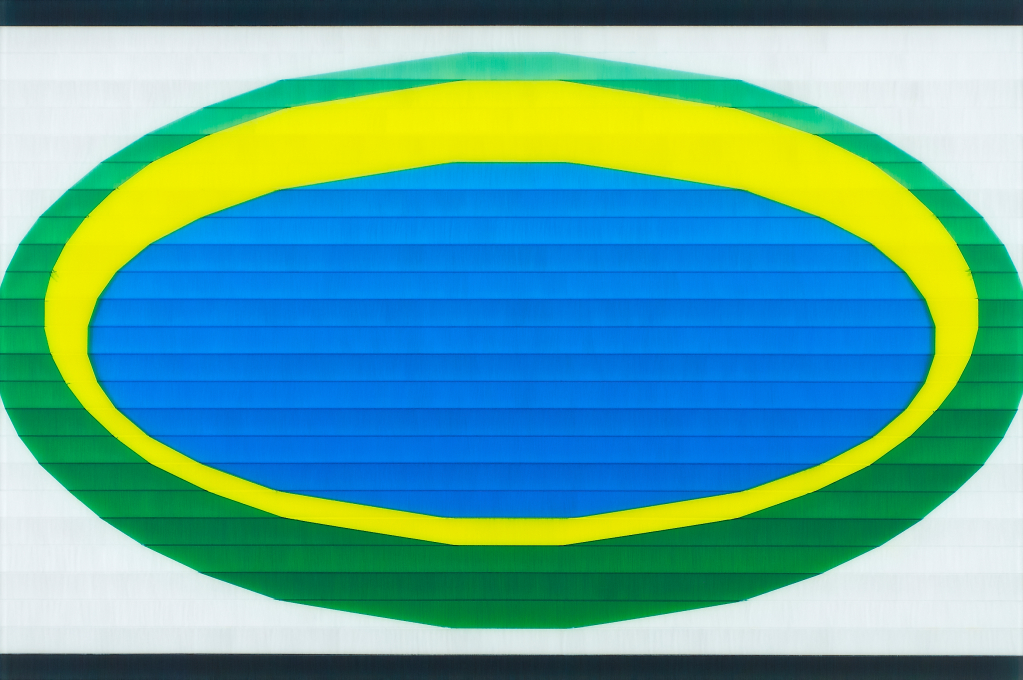 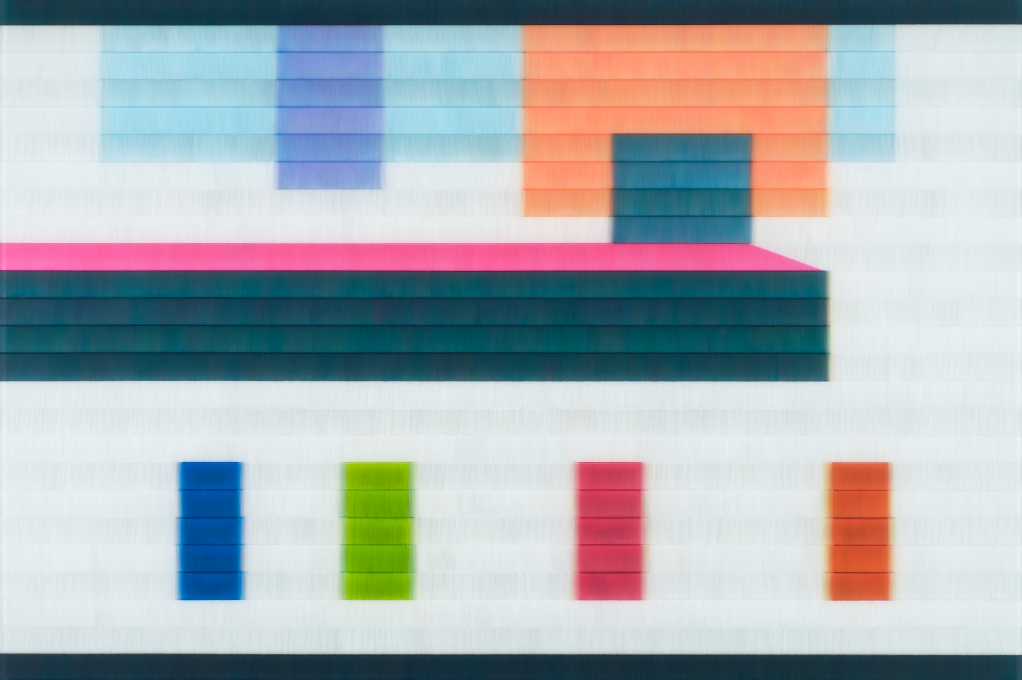 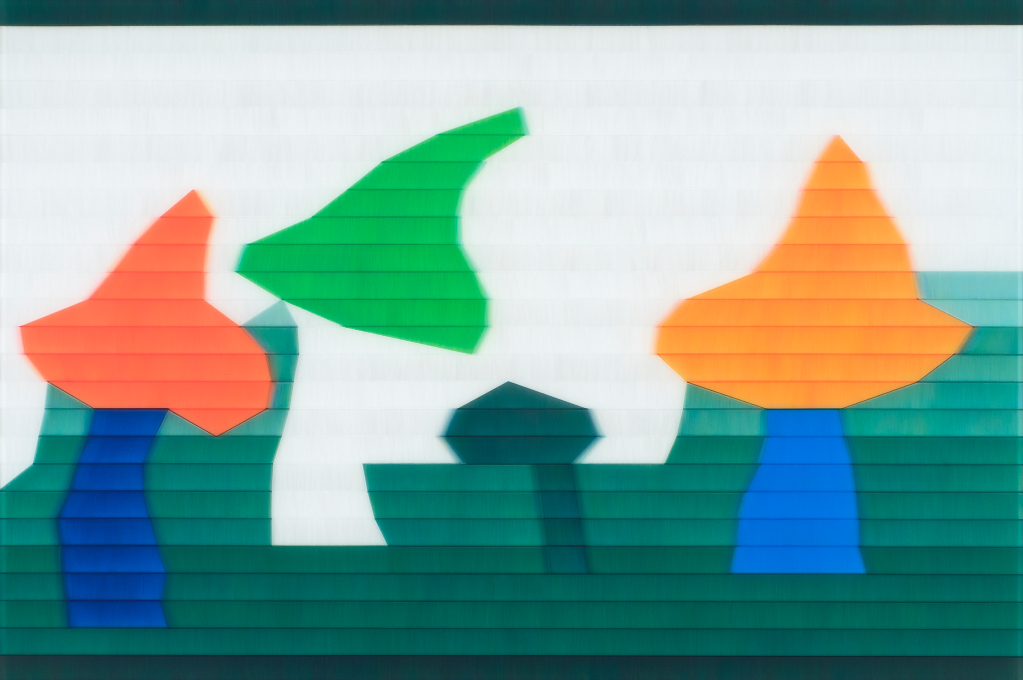 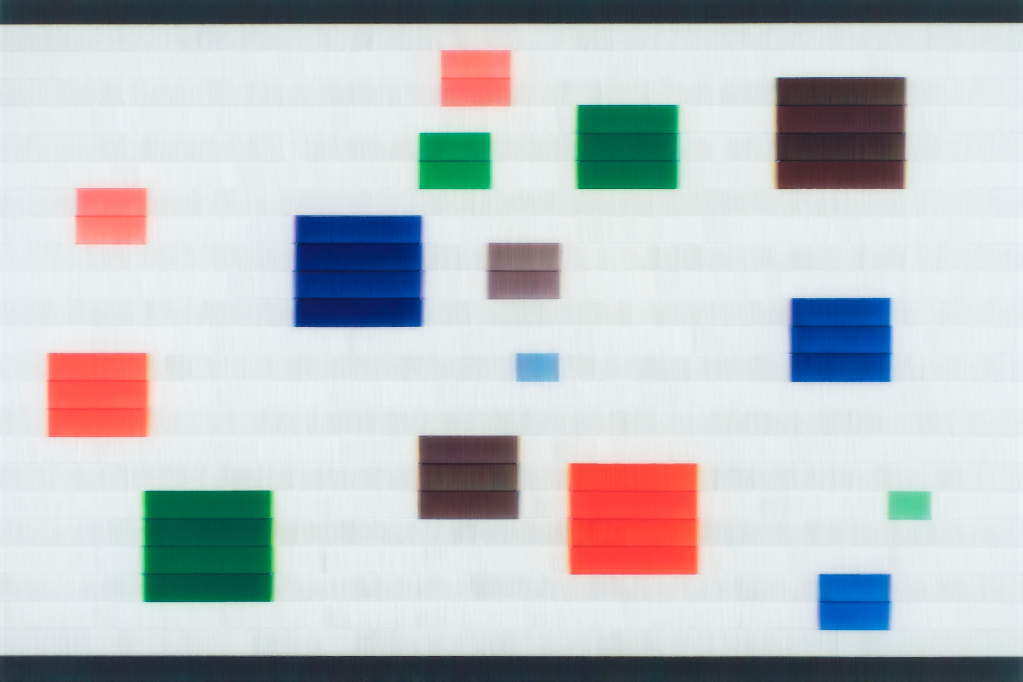 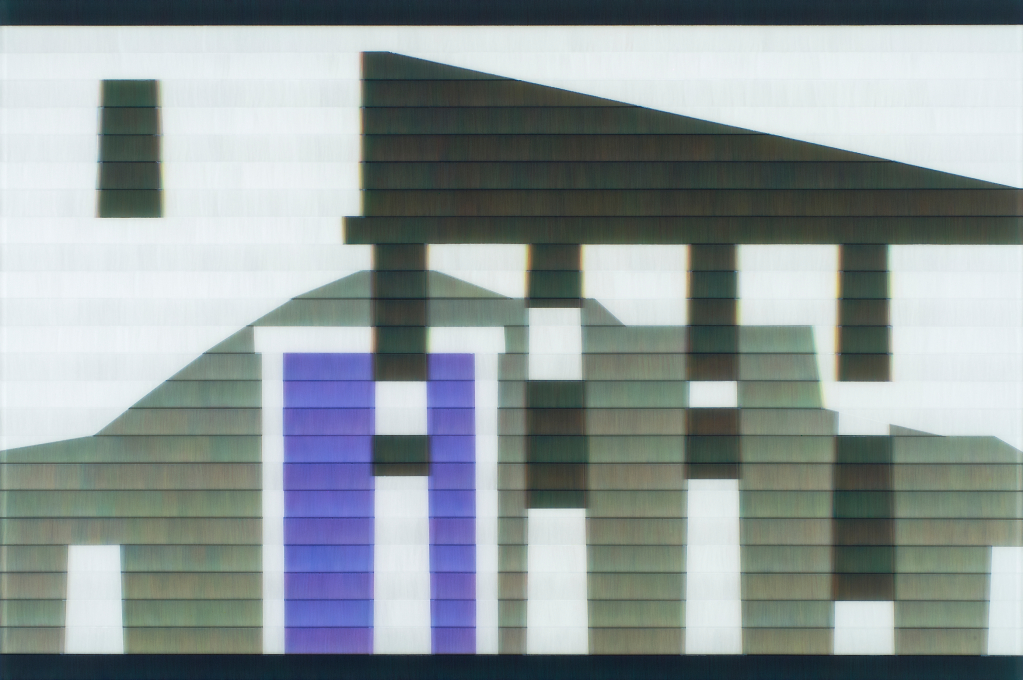 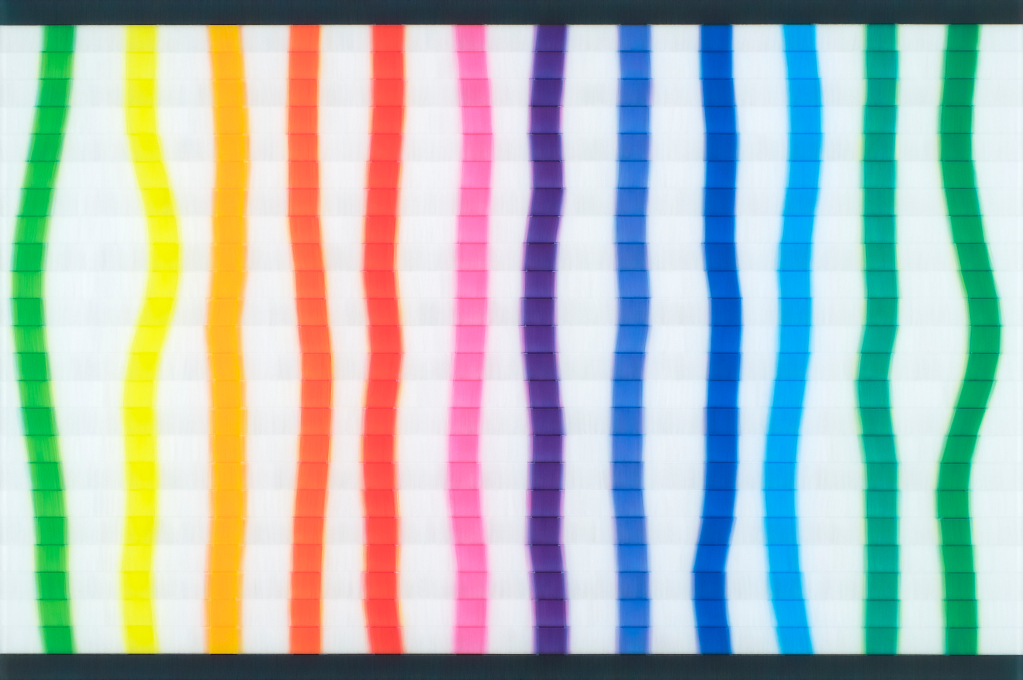 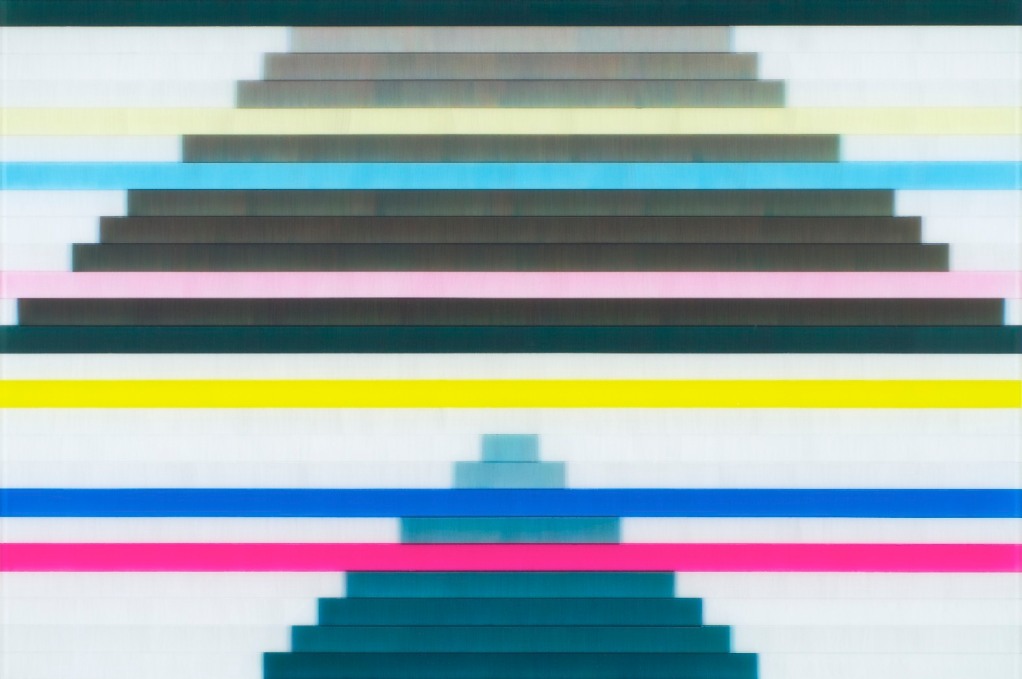