A collection of acrylic and tempera paintings on transparent acrylic sheet (Perspex).

In a DIY store I found some materials for creating secondary double glazing. The idea was to stick a thin metal strip onto the window frame, and a corresponding magnetic strip onto a clear acrylic sheet (Perspex). This meant the sheet could be removed during the summer. It also gave me an elegant way of fixing a thin, lightweight painted panel to the wall.

I decided to make brush strokes my basic unit of painting. Before deciding what to do with my brush strokes, I isolated them. Choosing flat brushes made it easy to define a standard perimeter for each size. When my brush was loaded with paint, I could make several marks before having to dip it in again. I had to choose the number of marks to make in between. Each successive brush stroke carried a little less pigment, and when placed in rows a pattern formed.

Not wanting to be in charge of this pattern too much, led me to an egg cup and six sided die; I'd let chance decide. Once the brush strokes were made, things like surface tension took over. The particles of coloured material clumped together as the solution dried. Individual patterns formed. No two areas of paint were the same.

The paint comes pre-made in tubes. Choices have already been made by the manufacturer. They're colours to make images with, their origins shaped by demand of use and the available materials and technology. I let myself decide which to use, but no mixing was allowed.

The paintings grew from placing the basic units of painted information into simple arrangements. What impressed itself upon me, was how easily patterns grew to a complexity that tricked me into seeing an image. 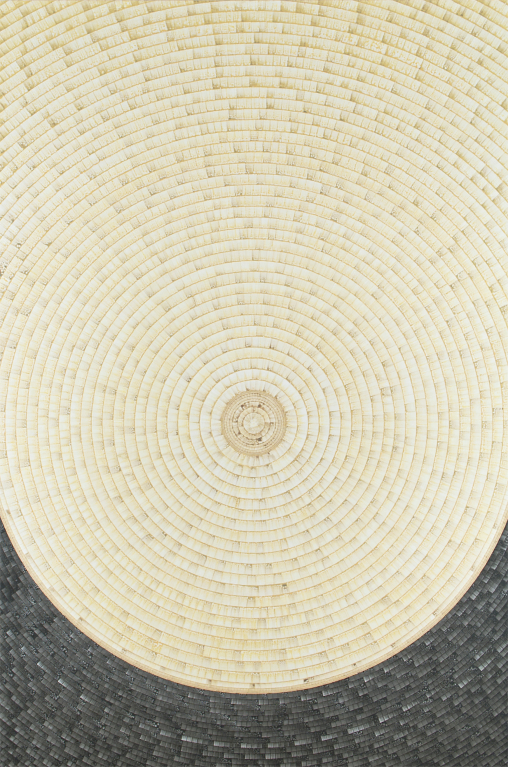 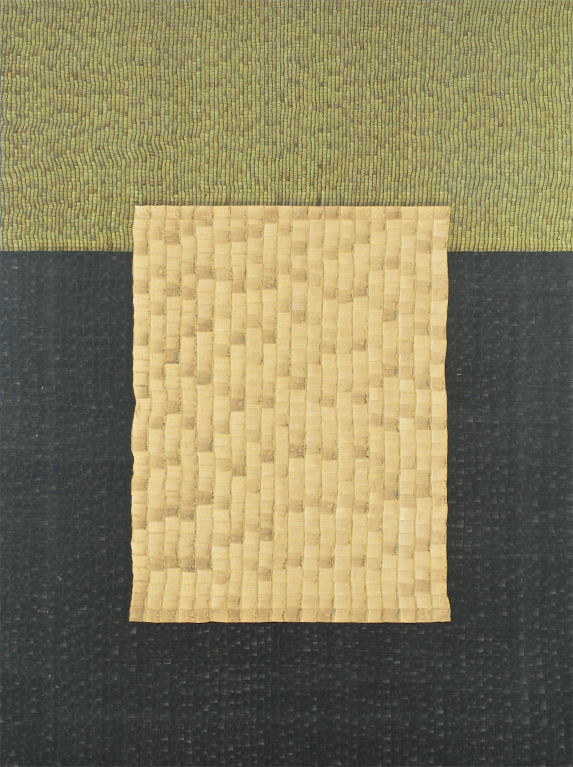 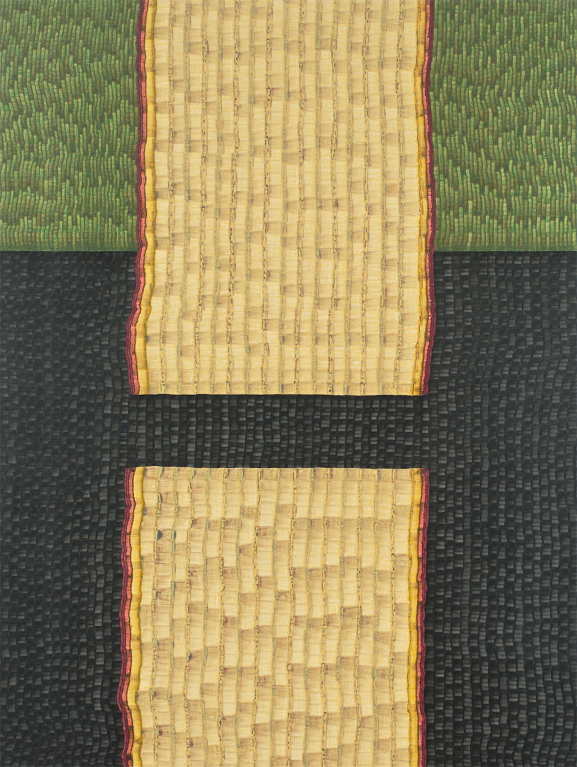 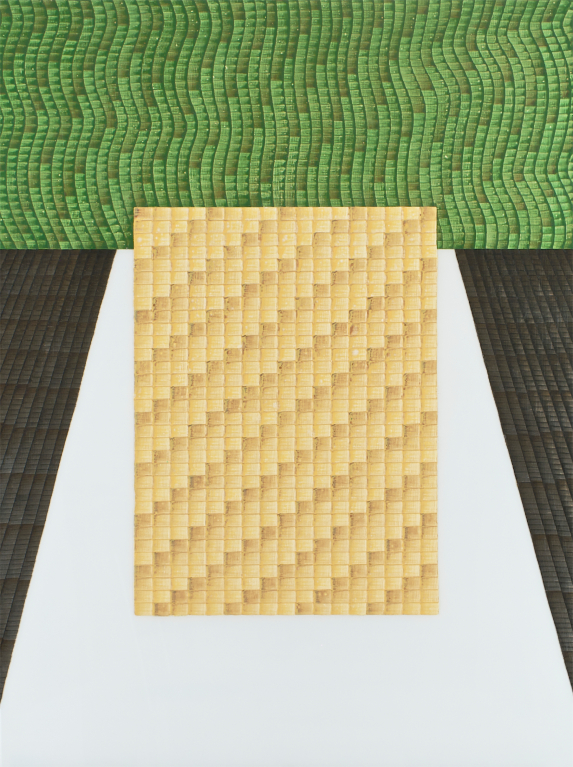 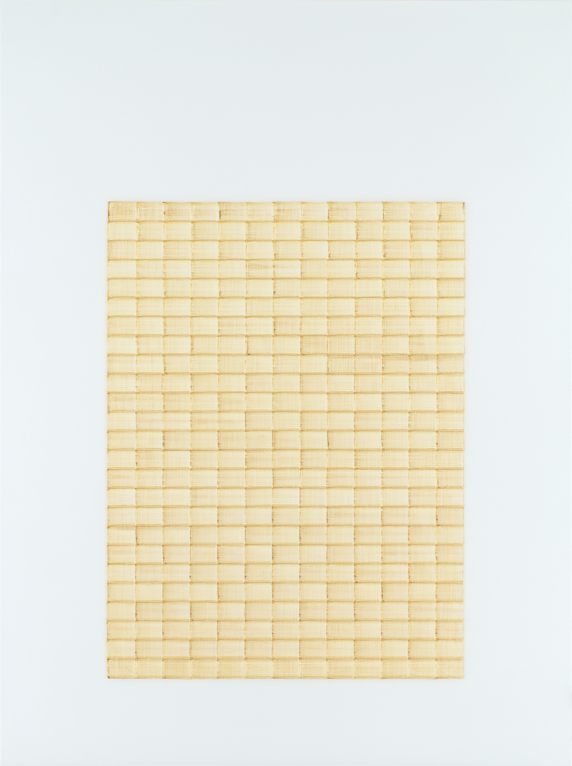